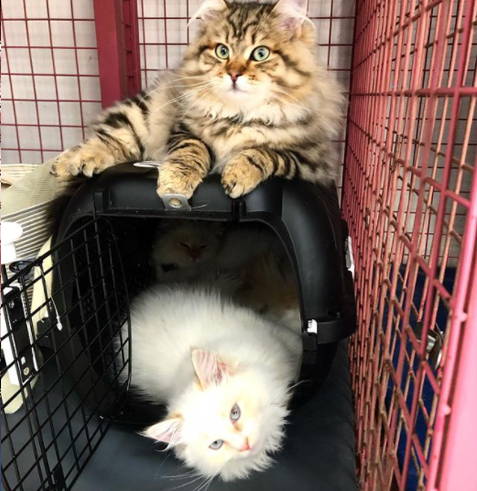 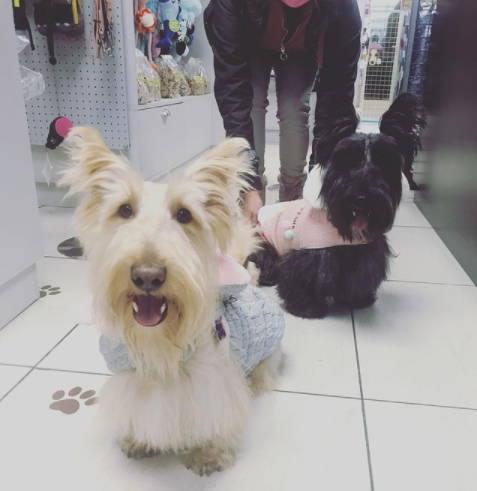 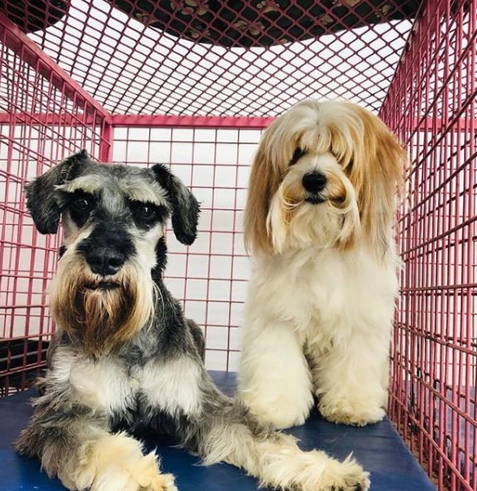 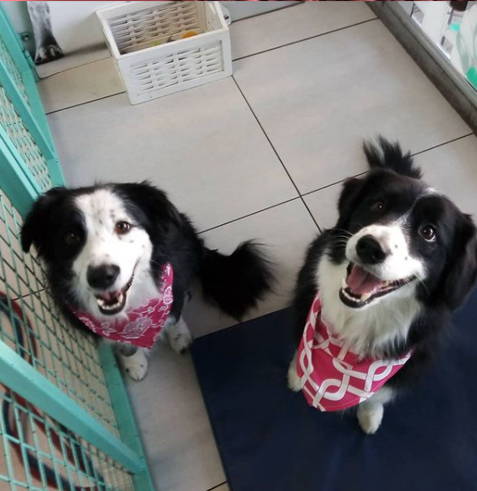 “Le Pawtique is brilliant! They pick up our dogs, wash and cut them beautifully and drop them back at home with no hassle at all. They are so much better than many other parlours we have been to.”

“My wife and I are also neurotic dog parents. We have two dachshunds (Rebecca and Georgie) and one Rhodesian Ridgeback puppy of 10 months called Shumba who is a complete handful and hates being washed! Michelle and the team at Le Pawtique have completely removed the stress of having these three washed, groomed, looked after and also fed. Le Pawtique also stocks the best brands of dog food, and they offer collection services for the pooches, and delivery services for the food etc. They really go out of their way to provide the best service they can, and really show their care for the dogs..”

“As a full time working mom to two small kids, between my job and driving the kids around I have never been more busy. I also have 4 geriatric canine family members and cannot express how happy I was to come across Michelle to help in that area of my life! She is totally committed to the dogs and knows all of their quirks and always sends a progress update when they go in for their grooming. I never need to worry if they are being taken care of. The personal and caring approach at Le Pawtique put them in a totally other league!..”

“The team at La Pawtique’ are true professionals, adding such value to not only trimming our pooches but sound advice. My 2 daxies are my babies too. But over and above that Michelle has been generous in her support of SPCA with whom I volunteer and Michelle has given generously to assist those dogs/cats in need. Many thanks Michelle you are a star. Best wishes to you all at La Pawtique you've got it right.”

“Michelle and her team offer a truly wonderful service not only are they efficient and excellent at what they do, they really care about the animals they are grooming. They truly go the extra mile. Thanks guys!!!”

“Thank heaven for LePawtique! Before Michell & co, I had to wash and cut my ex-SPCA maltese, SONNYBOY, who gets traumatized when strangers try to touch him. But - I did such a bad job - he always looked like an orphan so we just told everyone that he was a grey Maltese! The Le Pawtique team understood & allowed me to stand by and talk him through the grooming process each time! Not only is he the model in the latest VISI, he is going again on Friday - no stress! (He still hates the vet, but then, so do I!)”

“Around 18 months ago my vet suggested that I take my sweet little Alice (Maltese) to Le Pawtique for her grooming. She has been to Michelle on a monthly basis ever since. The initial cut they gave her transformed her look - from acceptable to absolutely adorable. One can always depend on an excellent result and the fact that she will be treated with great care and tenderness. She loves her monthly visit. Michelle and her team are sincere dog lovers and deserve recognition as a professional doggie spa offering a comprehensive service - with great heart! ”

“Michelle at Le Pawtique is my maltese poodles beautician! He comes back looking so handsome and smells too delicious. Michelle talks to him (and I know all her other "clients") like he is the best thing since bubble gum! She has such passion for her grooming parlour and I so enjoy visiting with Bailey. ”

“Our Boston Terriers know the sound of Michelle's car when she comes to fetch them. The wait at the gate and eagerly jump in without being asked to. And when they return home they are very proud of themselves. She says they are extremely well behaved which is a lot more than I can say about them when they are at home. Well done. We constantly recommend Michelle to all our friends.”

“Since going to Le Pawtique our dogs have never looked better. The Le Pawtique service is second to none. They're great! ”

“I love Le Pawtique and my pooches love it even more. This is "The Rolls Royce of Dog Parlours!" Expect a full service from grooming, food to products! Love, Love, Love! ”

“Peta von Horsten-Viljoen has two toy poms, both of whom are rescue dogs. Her husband, who was a breeder of Jack Russels and a KUSA registered judge, used to groom them on a daily basis. When he passed away last year, Peta was unable to maintain his standard of grooming and was eventually forced to consider a dog parlour. However, she had heard many off-putting stories of how dogs might be treated during grooming sessions and, therefore, she began an investigation among vets, dog judges and friends as to which parlour might be considered to be trustworthy. Le Pawtique was the most highly recommended so she went along to investigate for herself. Knowing her dogs also to have been traumatized by the loss of her husband and their "pack leader" (she is a doctor of psychology), Peta was not only concerned about the cleanliness of the premises and maintenance of the equipment to be used, but most especially about the attitude and approach of the staff to her "babies". She was (and has remained) very impressed by the sensitivity to animals shown, the more than apparent, high level of professional service, knowledge and expertise on offer, as well as the hygienic conditions she encountered at Le Pawtique. She recommends the spa to all dog owners who would like their pets' experience at a dog parlour to be as pain-free and pleasant as possible. ”

Drop off or wait while we groom

We collect in a 10 KM radius of our shop @ R6 / KM. We are based in Craighall, Johannesburg.

We service a 3.5 KM radius around our shop.

We are based in Craighall, Johannesburg.